Under Karen’s leadership Santa Claus, Inc. has grown more than 800% to provide essential needs for over 150,000 children year-round through its Yes! program. She has built strong collaborative partnerships between Santa Claus, Inc. and several national and international corporations including FedEx, Bank of America, San Manuel Band of Mission Indians, Amazon, Toyota, BNSF Railroad, Union Pacific Railroad, Stater Bros. Charities, The Jack H. Brown Family Foundation, Good 360, In & Out Burger, SCE, Delivering Good, United Way of Inland Valleys, The Community Foundation of SB and Riverside Counties and others. As a result of these relationships essential funding and millions of dollars of in kind donations are received at the Santa Claus, Inc. warehouse each year allowing the distribution of essential needs to enhance the lives of children in San Bernardino and Riverside Counties.

Karen was awarded with the 2018 “Hero of the Heartland Award” by Stater Bros. Charities. the Sun Newspaper’s “Outstanding Citizen Award” presented to four SB County leaders at the Sun Newspaper’s 100th anniversary celebration, and the very competitive 2016 “Social Entrepreneur of the Year” at the CSUSB “Spirit of the Entrepreneur Awards.” She was most recently named the 2018 “Woman of the Year” for the 21st Congressional District by California Senator, Connie Leyva.

Married to Don, she is the proud mom of three children and 10 grandchildren.

Caasi holds a Bachelor’s Degree in Business Marketing from the University of California Riverside. She has spent the last decade working in the non-profit sector, helping to build community programs that improve the quality of life for low income families and children. She initially came to SCI as a grant writer in 2018, and now oversees fundraising and development strategies to grow SCI’s mission and impact across IE communities. 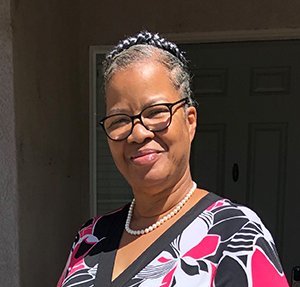 Debra is a native of Newark, New Jersey and has worked in the non-profit community for over 10 years.  She is mother of three and a grandmother of two girls.  Debra is a former Marine. She worked as an Assistant Accounting Manager for Saks Fifth Avenue and a Development Coach for Hilton Hotels.  She received a BS in Human Services and an MBA from UCR in 2019.  Debra has been a Rotarian for 8 years, and sits on several boards including Salvation Army, Military Showers of Support and Human Relations Council. In her sparetime she enjoys attending sporting events, jazz festivals and serving her community.